Please vote for us!

UPDATE: Ignore my last post - now I find out the voting has already started today even though we were told tomorrow.
http://www.abcbookcompetition.org/5th_comp/PigOnMyBed.html
Posted by Lynn Alpert at 2:09 PM 6 comments: Links to this post

Vote for "Pig on My Bed" in the ABC'S Picturebook Competition

Please vote for us!

UPDATE: Voting starts MONDAY, Sept. 21th. I've been telling everybody to start voting on Sunday, because we were told the voting started Sept. 20th at midnight. But the woman running the competition thinks that Sept. 20th at midnight is the end of the day Sunday, but I disagree. It is 12:00 A.M. which in most people's world, is the beginning of the day (doesn't it stand for "at morning?"). Think about it - on New Year's Eve, we celebrate the new year at midnight because it's the start of a new day and year. Just a little mini-rant.

Anyway, it doesn't matter, she decided this, and she's in charge, so vote on Monday, not on Sunday. http://www.abcbookcompetition.org/5th_comp/PigOnMyBed.html
Posted by Lynn Alpert at 11:40 AM 2 comments: Links to this post 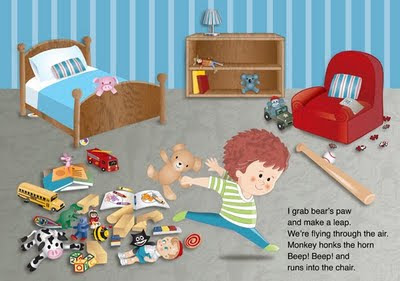 I have been chosen to illustrate one of the finalists stories for this year's contest. The story I illustrated is called "Pig on My Bed" by Sandy Grubb. Check out the contest and please vote (for us??). Voting begins September 20 and runs through October 4...be sure to vote daily!
Posted by Lynn Alpert at 7:03 PM 1 comment: Links to this post 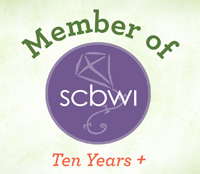